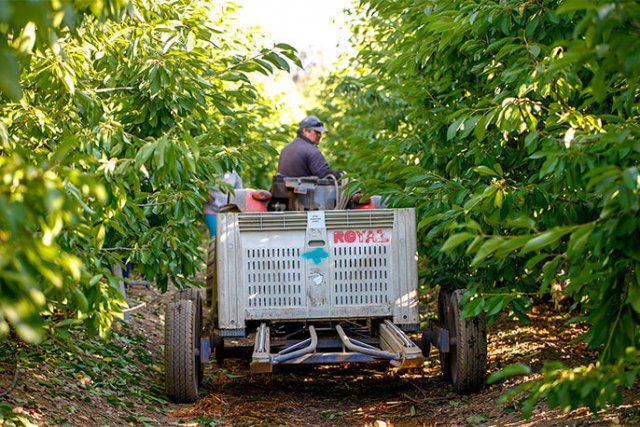 Wenco Bins, as its name suggests, focuses on producing bins, which most often are used for harvesting, transporting or accumulating fruit, though they are also suitable for use in industrial processes.

For decades these types of containers were made of wood, but in the mid-1990s plastic bins began being used in Chile. These bins’ comparative advantages include, among others, weighing half as much, having 5% more interior volume, easily complying with sanitary regulations, and having a useful life that is five times longer than those made of wood.

For engineering and efficiency reasons, today’s bins are made in one piece, which requires molds weighing 80 tons, and injection molding machines capable of exerting 6,000 tons of clamping force. Simply put, manufacturing bins requires high levels of investment in technology, which Wenco has complemented with significant research and development efforts (which can be reviewed here). This has allowed Wenco to create bins that have greater interior capacity, are more resistant to compression, and weigh less.

Today Wenco Bins manufactures eight different versions of these containers, along with their respective accessories, at a plant located in Huechuraba, while the company is finishing construction of another in the commune of Teno. Naturally, the company also exports its products abroad.

Wenco Bins concentrates on producing large containers, which are most often used for harvesting, transporting or accumulating fruit, though they are also suitable for use in industrial processes.